Looking at Cannabis Compliance with Jordan Wellington from Simplifya

WebJoint had the privilege of interviewing Jordan Wellington, Co-founder and Chief Compliance Officer (CCO) of Simplifya. Simplifya is a Denver-based compliance software tool for cannabis licensees. Simplifya aims to excel in the cannabis space by providing software solutions for the complicated navigation of regulatory practices. With a legal background, Jordan specializes in operational compliance and government relations, having previously advised government bodies on the pathway to legalization in states such as Colorado. Simplifya’s team aims to make compliance a breeze with an intuitive user experience that works in a similar fashion to checklists for cannabis operations.

What can you tell us about the origins of your interest in cannabis?

Jordan: Like many, I developed an interest in cannabis in college. I supported legalization and found cannabis policy interesting, but I never imagined I’d find a career in it. I accidentally fell into it after moving to Denver in 2012. I was working as a staffer for the House Majority Office at the Colorado General Assembly, and I was assigned to handle implementation of legalization following the passage of Amendment 64. I then worked for the Marijuana Enforcement Division in the Department of Revenue, where I worked on drafting the regulations governing the state’s adult-use and medical markets.

From there it was a pretty short jump into the cannabis industry to help businesses navigate all of those laws and regulations. It has been one of the greatest honors of my life and I’m forever grateful for the opportunity.

What is your opinion on California being propped up as the “poster child” for federal legalization of cannabis?

Jordan: I think California will have an incredible cannabis market, quality operators, and a tremendous influence, both nationally and internationally. From a regulatory perspective, the state has a long way to go to build an efficient marketplace. We saw tremendous market disruption and price fluctuation during the July 1, 2018 inventory transition, which could have easily been avoided through a more thoughtful policy approach. The state still hasn’t finalized its regulations and recently flip-flopped on a number of costly issues that require long lead times for businesses to adjust, such as packaging.

Things aren’t much better on the local level. Licensing delays have plagued some jurisdictions, while others have imposed substantial compliance burdens on operators. Additionally, we haven’t seen nearly as many cultivators join the regulated marketplace as we had hoped, which can likely be attributed to regulatory overreach and a burdensome licensing process at the state and local levels. At this point, California should not be looked at as a model of legalization or implementation, but hopefully, it will grow into that role as the system gets ironed out.

Can you discuss one aspect of compliance that is often overlooked by operators for each of the following categories?

Taxes: It’s not only critical that businesses pay their taxes, but also that they keep clear records to support any deductions that are made.

Cultivation: It’s really easy for cameras to become obstructed at a cultivation facility as plants mature and equipment is moved around.

Manufacturing: There’s so much documentation required at a manufacturing facility that folks can forget to record critical information as they go about their daily routines.

Distribution: There’s a lot of risk for distributors managing both ends of the supply chain and making sure they’re receiving and delivering products to compliant businesses with appropriate licensing.

Retailers: Staff training can be especially tricky for retailers because there is a tremendous amount of turnover at these facilities and the entire staff is in a compliance-sensitive role.

Related: Breaking Down CA Cannabis Taxes to Your Customers

What do you find to be the most vital piece of compliance education that retailers lack knowledge on?

Jordan: I think retailers really struggle with answering some of the more difficult questions posed by consumers in a manner that doesn’t create risk for their company. Specifically, budtenders are frequently asked medical or legal questions that they are not technically or legally qualified to answer. These employees are just trying to be helpful and provide good customer service, but they can unintentionally create a lot of liability for themselves, employers, and the industry overall.

In terms of education, I think it’s critical to have clear standard operating procedures and staff trained to follow those procedures. There’s also value in having experts come and teach the staff, so they can ask questions and develop a better understanding of how to handle difficult situations with customers.

Related: 5 Questions Customers Will Ask That Your Cannabis Delivery Service Staff Should be Able to Answer

Can you speak to the value of hiring a dedicated compliance officer?

Jordan: Cannabis businesses that do not invest in compliance face significantly more risk because the government can issue fines and suspend or even revoke their licenses. Compliance issues in one jurisdiction can also lead to losing merit applications or even denial in other jurisdictions, even when the underlying violation doesn’t result in revocation. At the same time, we are seeing compliance obligations become increasingly burdensome and complex.

Cannabis businesses are reacting to these market conditions by increasing their investment into operational compliance and hiring new staff members solely dedicated to compliance. It’s a mark of our maturing and evolving industry, and it’s one that I think increases the chances of federal legalization and the end of prohibition.

Do you see Simplifya as being a software “substitute” for in-person compliance officers?

Jordan: The vision behind Simplifya is to help support cannabis businesses of all sizes, whether they have a dedicated in-house compliance person or not. We provide all of our clients with the tools to run a compliant operation, helping to manage cannabis business licenses, standard operating procedures, documents, and self-assessments. Our team of regulatory experts ensures all of our content is accurate and up to date, so owners, managers, and employees can spend less time reading the rules and more time running their operations and making sure the rules are being followed.

For small businesses, we empower owners, managers, and employees to handle compliance obligations internally and reduce reliance on costly third-parties to address basic issues. For larger businesses with dedicated compliance staff, our integrated communication system and accountability features help maximize the efficiency of our clients’ compliance investments. I wouldn’t say our software is a substitute for a compliance officer, but I can confidently say it will help make any business operate more compliantly and efficient, whether they have a compliance officer or not.

How does Simplifya ensure that the software is fully compliant with each of the regulation sets in “green” states around the country?

Jordan: We have a dedicated team of in-house cannabis regulatory experts that constantly review regulations across the country to make sure our content is accurate. They are attorneys and policy nerds who spend all day, every day tracking regulatory changes and boiling them down into simple instructions for cannabis businesses to follow.

Where do you see Simplifya making the largest impact with respect to compliance education? 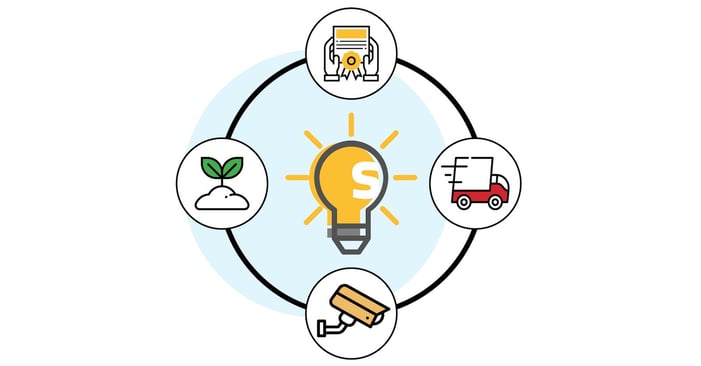 Jordan: We have a tremendous impact on the industry by helping to mitigate risk for our clients. Our software is designed to address many areas of compliance, so our impact isn’t tied to any one compliance problem or issue. Instead, we help cannabis businesses across the board by teaching compliant operations and helping to hold staff accountable for their compliance obligations. In doing so, we provide business owners with peace of mind in one of the world’s most highly regulated industries.

Is compliance a regulatory practice? Is there something you can speak on about compliance that isn’t commonly discussed?

Jordan: I never think of compliance as a regulatory practice. To me, it’s a critical component of business operations that need to be thread through every aspect of a company. Compliance isn’t just about following rules — it is about risk mitigation, protecting your investment, and increasing the value of your company. In other words, compliance is about business. Simplifya serves as the industry’s CarFax report, showing investors and buyers that a company is a safe investment and that they aren’t buying a lemon.

Can you tell us about 3 things that get you excited for the future of the industry?

Jordan: Above all, I’m excited that my son will grow up in a post-prohibition world and will only learn about cannabis prohibition through history books. I’m also incredibly excited to continue to build our understanding of the medicinal properties of the cannabis plant and tear down the stigmas associated with the cannabis community. Finally, I’m excited about the expansion of social use laws that allow adults to consume cannabis in a social environment similar to how adults are allowed to consume alcohol. In other words, I’m excited to eventually be able to legally consume cannabis during a concert at Red Rocks Amphitheater here in Colorado.

What are 3 concerns that you have as the industry moves forward?

Jordan: I’m concerned the current pathway for legalization will leave behind many of the people who have long risked their freedom and safety to provide cannabis to consumers. Whether it’s limited licenses on the East Coast or the nonsensical, byzantine application process in California, too many people are being left behind that could be welcomed into our industry and build great companies. I’m also concerned about pockets of cannabis bias within governments and local communities dampening the progress we’ve made in ways that don’t get headlines, such as problems with child protective services. 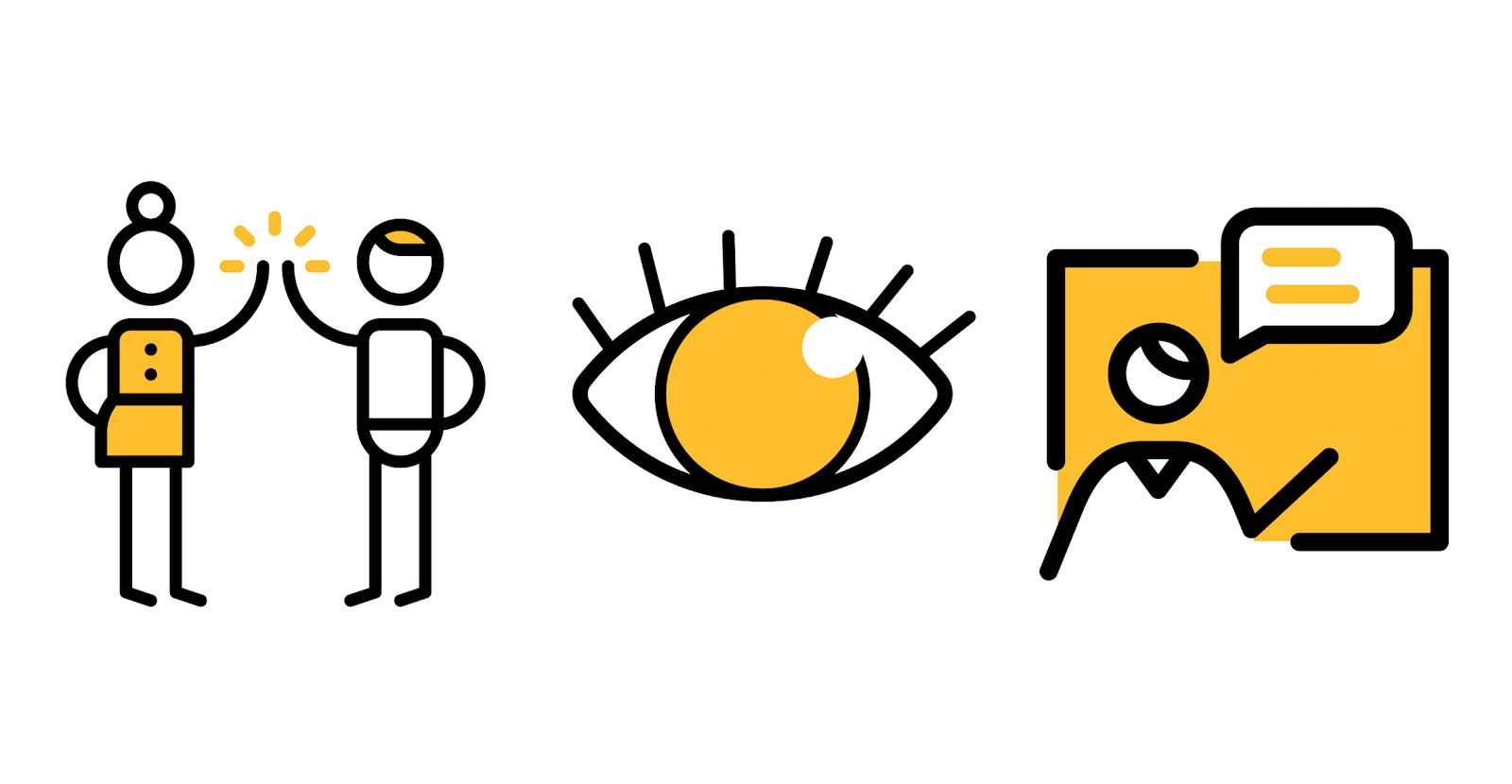 Give us your “Top 3 Best Practices” in order to succeed as an operator.

1. Hire a Great Manager. Employees always adopt their managers perspective on compliance, so find someone who cares about compliance and protecting your license.

2. Sweat the Small Stuff. Regulators operate on an iceberg theory of compliance. If they see minor violations at your facility, they will wonder what else is hiding underneath the surface and start a disruptive investigation.

3. Don’t Just Teach It, Test It. It’s not enough to just train your staff, you need to hold them accountable by confirming that your staff is following through with what they’ve been taught.

Any last comments for those looking to get into the cannabis space?

Don't feel like calling? Just share some project details & our company representative will get in touch. Schedule A Meeting with our Director of New Business

How long would you like the meeting to be?